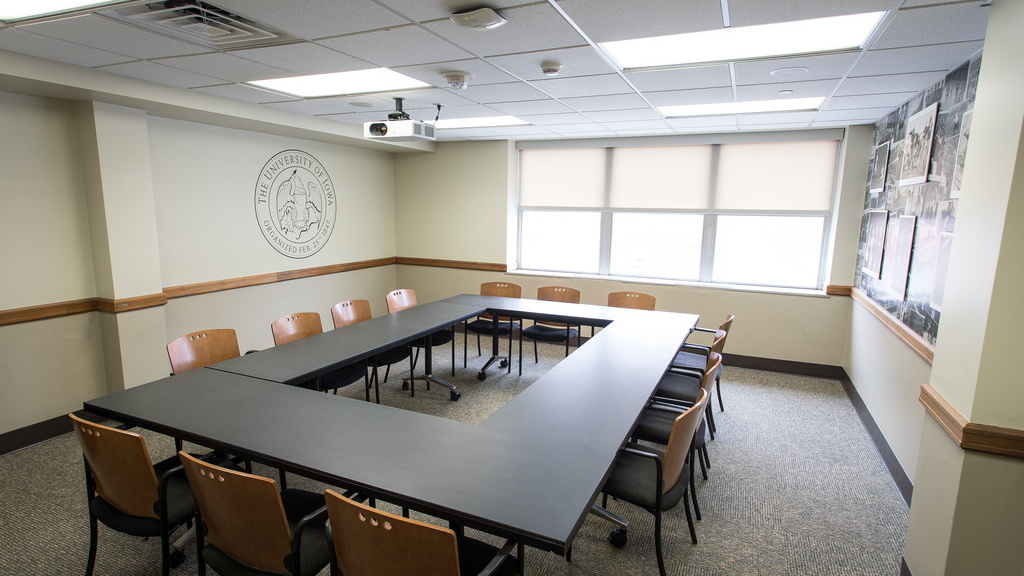 **The Athletics Room's audio/visual equipment is currently being repaired. The computer and projection system are unavailable until further notice. We apologize for the inconvenience!**

The photographs featured in this room are from the UI Libraries Special Collections and University Archives. The tagline WIN. GRADUATE. DO IT RIGHT. depicts the UI’s commitment to the student-athlete experience both in the classroom and on the field.

The University of Iowa boasts many firsts. In 1921, Frederick W. “Duke” Slater became the University's first African-American All-American football player and was named to the Chicago Tribune’s All-American football team. Iowa’s Slater Residence hall is named in his honor. The University of Iowa is home to 1939 Heisman Trophy winner Nile C. Kinnick. Today, Kinnick Stadium serves as a tribute to his success and as a remembrance for his service in the United States Navy during World War II. Kinnick Stadium is the only college football stadium named after a Heisman Trophy winner.

Over the years, Iowa has won more than 20 NCAA wrestling championships and five national championships in other sports including men’s gymnastics, rifle, football, women’s track and field, and field hockey. Herky the Hawk—Iowa’s only mascot since 1948—has been cheering on Hawkeye athletes competing at their highest level throughout the years. From touchdowns to takedowns… timeouts to technicals... trophies to titles...the tradition of Iowa athletics lives on, providing excitement and a sense of pride for Hawkeyes across the state, nation, and world. 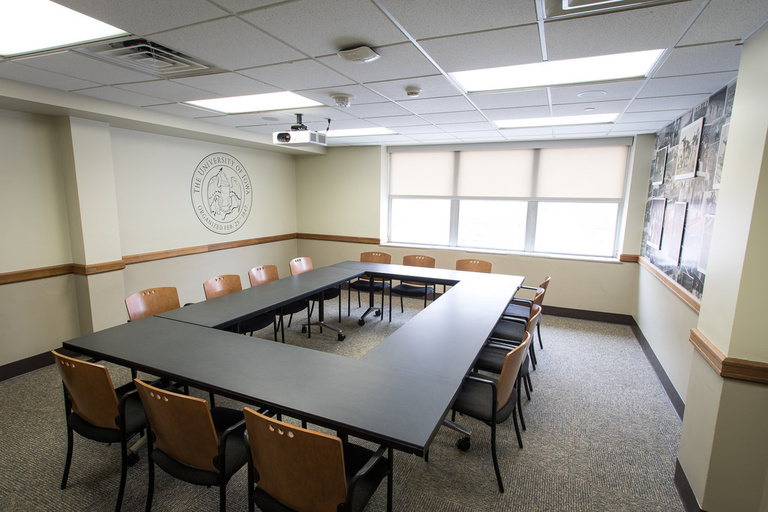 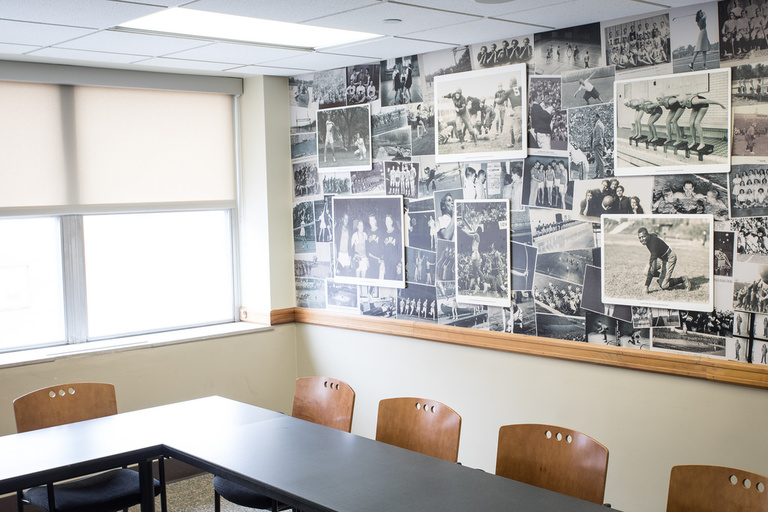 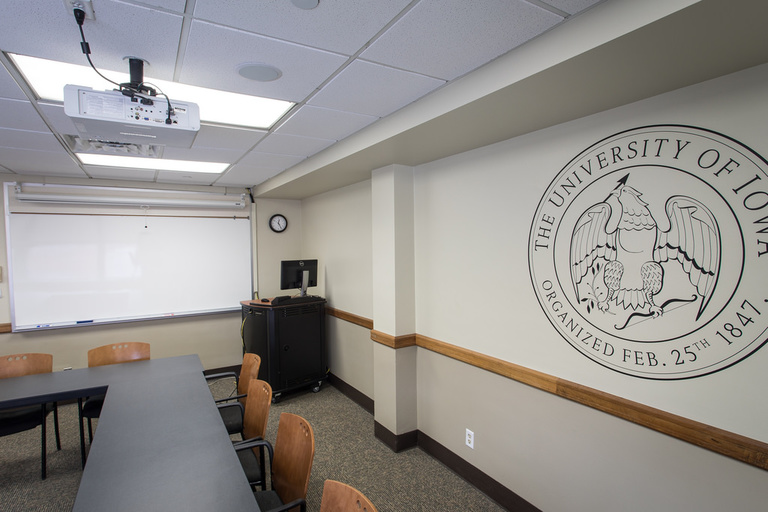